In February 2021, Winter Storm Uri swept through the United States, causing record snowfall and record low temperatures primarily in the center of the country. Fortunately, North Carolina was relatively unscathed, but areas of Texas were devastated. Unseasonably freezing temperatures burst pipes and strained the power grids, leading to widespread power outages and flooding. Our thermoforming company in North Carolina is exploring how one winter storm led to major impacts in plastic manufacturing at a national level.

A Year of Challenges in Plastic Sourcing 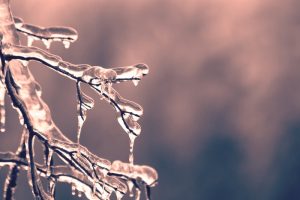 Before we dig into the storm’s impacts, it’s important to look at how the past year strained how the industry sources raw materials. Many thermoplastic materials, including polyethylene, polypropylene, and PVC have been in high demand and low supply due to supply chain issues and manufacturing disruptions. While it’s easy to point to COVID-19, it’s important to consider that Texas and Louisiana are major exporters of plastics and petrochemicals, and east Texas and southwest Louisiana were hit by two powerful hurricanes in 2020.

With major shortages, prices of raw materials went on an upward trajectory for several months, though by the beginning of February 2021, a tide seemed to be turning. Experts were predicting that while demand was still high, material sourcing and procurement was improving and scarcity wouldn’t be as great a concern in the coming months. Then, Winter Storm Uri hit.

Beginning on February 13, snow and below-freezing temperatures struck much of the country, but the severity of the cold overloaded Texas’s power grid, leading to widespread blackouts across residential, commercial, and industrial areas. From a plastic production standpoint, 75 percent of polyethylene, 62 percent of polypropylene, and 57 percent of PVC stopped for multiple days.

Even during the best of times, four to five days of zero production of materials will make an impact, but when scarcity is already a factor, this turns a problem into a disaster from a manufacturing perspective, especially because re-starting material production isn’t as simple as flipping switches to power on machinery. Re-opening the plastic production plants is a lengthy, and even dangerous process due to the chemicals and equipment being used. Even a month after the freeze, 60 percent of PVC is still offline.

When there’s a shortage in material production, it doesn’t take long for bottlenecks in manufacturing to occur. The biggest concerns are in automotive manufacturing and medical manufacturing.

At Advanced Plastiform, Inc., we are dedicated to providing our customers with fast turnaround times and low per-unit pricing without compromising quality. Even when much of the industry is struggling, we maintain smooth operations from design to delivery. To learn more about how we can help you with custom thermoforming and injection molding, reach out to us today at (919) 404-2080 or fill out the form below to get started.

Please contact us today by calling 919-404-2080 or filling out our form below to discuss your custom plastic manufacturing needs.