In 2018, global sales of electric cars rose 73 percent from 2017, which brought huge increases in sales from 2016. Electric cars are on a rapid growth trajectory after years of slow sales and projections are showing that up to 50 percent of the market will be electric or hybrid by 2030.  So, what’s changed? Our automotive injection molding company is taking a closer look at how the use of plastics are making electric cars more accessible and affordable, thus making them more appealing to consumers. 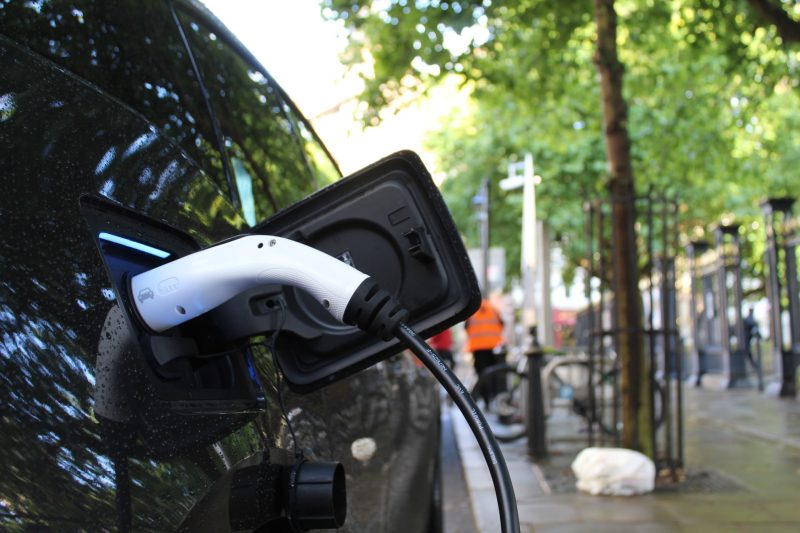 Electric cars are nothing new, as the first electric vehicle debuted in the United States in 1889 when William Morrison of Des Moines debuted the first successful electric vehicle. They weren’t an anomaly, either, as historians estimate that around ⅓ of the vehicles on the road by 1900 were electric.

Losing Out to Gas-Powered Cars

The mass-produced Model T made cars accessible to the working class, and they were gas-powered. This, coupled with access to cheap crude oil discovered in Texas led to making electric vehicles obsolete by 1930. It wasn’t until the fuel shortages of the 1970s that brought a brief resurgence in electric cars, namely the Sebring-Vanguard’s CitiCar. Unfortunately, their limited range and sluggish performance, combined with a drop in fuel prices led to consumers losing interest in electric cars, yet again.

The Resurgence of Electric and Hybrid Cars

In the 1990s, scientists and engineers began working to make electric vehicles a better alternative, considering hybrid vehicles that relied on both electric and fuel, as well as 100 percent electric cars. In 1999, the Toyota Prius, the first mass-produced hybrid car, made its debut, and in 2006, Tesla Motors began producing electric sports cars.

Interest in hybrid and electric cars continued to grow, as gas prices rose along with concerns about climate change but high price tags and limited availability slowed sales. In 2010, the U.S. Energy Department began to invest in charging infrastructure to install public vehicle charging stations which coincided with the release of the Nissan LEAF, the first mass-produced,100 percent electric, zero tailpipe emissions car.

Due to the high cost of batteries for electric cars, the price tag was still out of reach for many consumers, especially those who wanted more than a sub-compact or compact vehicle. Thanks to investments in technology, increased research, and innovations in plastics, by 2014, the costs of batteries dropped by 50 percent, which led to a significant decrease in the price for consumers. When these lower-priced hybrid and electric cars hit the market, sales in electric cars have been on a rapid increase.

Now that we know the history, we can look at how plastics directly led to the increase in sales and popularity of electric and hybrid vehicles.

While any battery-powered vehicle, or battery-gas hybrid will be efficient, the weight of the first modern electric vehicles dragged down their efficiency, causing shorter duration between charges and reducing gas mileage in hybrid cars. Swapping out steel and glass for durable plastics made through automotive thermoforming and injection molding makes the cars lighter, extending the mileage between having to recharge.

Because thermoplastics are resistant to heat, they can be used in battery compartments to help them remain cool while also reducing their weight. This increases the lifespan of the battery without sacrificing safety.

Compared to metal and glass, plastics are often much more cost-efficient to manufacture while offering the strength and durability necessary for a vehicle. For example, using polymers in the car battery helped reduce the cost significantly, driving down the total cost of the vehicle, and making electric cars significantly more affordable and accessible for most drivers. Outside of the battery, plastics used throughout the vehicle continue to reduce costs while offering the same tensile strength as metal in most cases.

Because of automotive injection molding and other plastic manufacturing, electric cars are becoming less expensive to produce, offer longer battery life, and increased efficiency, making them more attractive and accessible to the modern consumer.

At Advanced Plastiform, Inc., we work with automobile manufacturers and third-party suppliers across the Southeast and Mid-Atlantic, creating custom plastics used in vehicles and vehicle parts. We are dedicated to offering low per-unit costs and shorter lead times without sacrificing accuracy, consistency, quality, and durability. To learn more about our automotive injection molding and thermoforming services or get a quote, reach out to us today at 919-404-2080 or fill out the form below to get started.

Please fill out this form and we will get in touch with you shortly. We look forward to hearing from you.